WHEN 9 MEN TOOK AWAY A WOMAN'S RIGHT TO CHOOSE 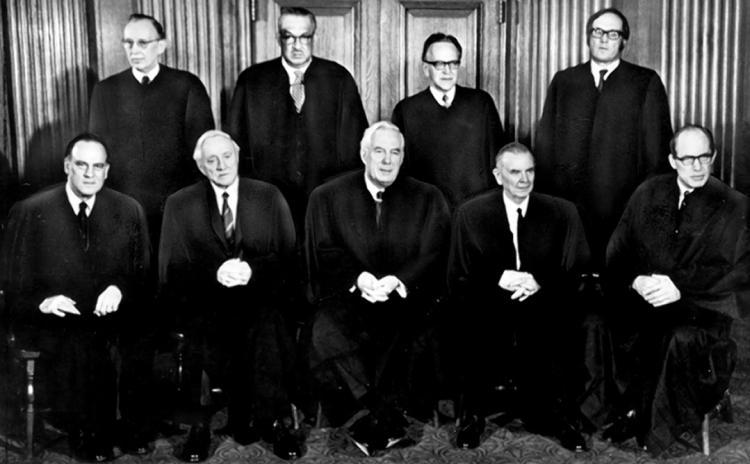 The belief that Roe gave women the “right to choose” is almost a metaphor for how much the 1973 U.S.Supreme Court decision is misunderstood, and why, after 45 years, Roe is still so hotly debated.

The fact is that Roe v Wade did not give women the right to choose. In fact, Roe left the right of women out of its ruling all together.

In Roe, the U.S. Supreme Court, first, gave the “right to chose” to the medical professionals (for the first trimester) and thereafter, to the government (for the second and third):

For the stage prior to approximately the end of the first trimester, the abortion decision and its effectuation must be left to the medical judgment of the pregnant woman's attending physician (Roe v Wade, Pp. 163, 164).

For the stage subsequent to approximately the end of the first trimester, the state, in promoting its interest in the health of the mother, may, if it chooses, regulate the abortion procedure in ways that are reasonably related to maternal health (Roe v Wade, Pp. 163, 164).

For the stage subsequent to viability the state, in promoting its interest in the potentiality of human life, may, if it chooses, regulate, and even proscribe, abortion except where necessary, in appropriate medical judgment, for the preservation of the life or health of the mother (Roe v Wade, Pp. 163, 164, 165).

As can be seen, nowhere does Roe give women the right to choose anything.

Ironically, while the abortion rights mantra has remained “keep the government out of our wombs,” the very ruling relied upon for that mantra is exactly what put government there in the first place.
Posted by Tim at Saturday, February 02, 2019
WHEN 9 MEN TOOK AWAY A WOMAN'S RIGHT TO CHOOSE
2019-02-02T03:39:00+10:00
Tim
Abortion|Roe v Wade|
Comments 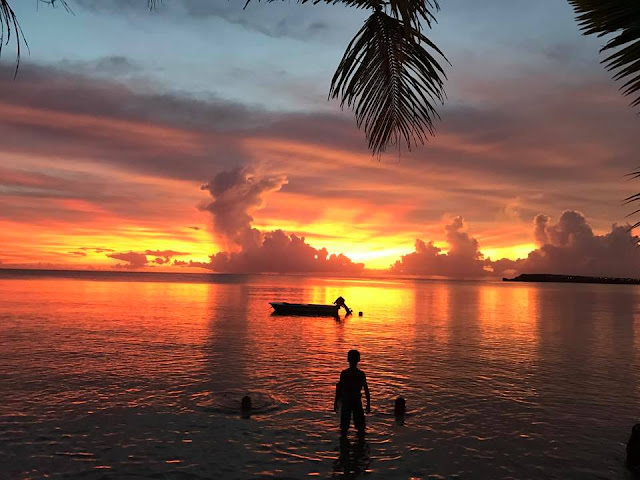 Email ThisBlogThis!Share to TwitterShare to FacebookShare to Pinterest
Labels: Guam

THE ULTIMATE PURPOSE OF MARRIAGE

STAGES OF A WOMAN'S LIFE IN THE VOCATION OF MARRIAGE

THEN WHAT DOES THAT SAY?

"If 90% of Catholics Contracept, Then What Does That Say?" published on CourageousPriest.com, is another story in a long line of  stories enshrining Pope Paul VI as a prophet, if not a saint, for penning Humanae Vitae, the 50th anniversary of which will be "celebrated" this July 25.

One wonders what there is to celebrate. HV has nearly destroyed the Church, NOT because of the pope's ultimate point (i.e. NO to contraception), but because of what he and his predecessor said and did BEFORE Paul go to his point.

Following is my reply to the above named article:

In answer to the question "what does that say?" I would submit that there was something fundamentally flawed with Humane Vitae. And here it is:

1. (And the first one is not the fault of Paul6.) If the church's teaching on contraception could never change then John23 should have never instituted a commission to study the question.

2. After Paul6 became pope he had an opportunity to disban the commission in the name of there is no reason to study a question when we already know the answer. Instead, he expanded the commission from the original 6 members to 72 members, and when he did so, he said this:

"We say frankly that so far we do not have sufficient reason to consider the norms given by Pope Pius XII on this matter [of contraception] as out of date and therefore as not binding. They must be considered as valid, at least until We feel obliged in conscience to change them." - Paul VI Acta apostolicae sedis (AAS) 56 (1964) 588-59, 1964 address to the special papal commission on the use of contraceptives.

As can be clearly seen, Paul6 gave every indication that the teaching was NOT unchangeable, and that the teaching could be changed when “WE feel obliged in conscience to change them.” (Note, he uses the papal WE.)

3. Paul6 sabotaged HV right from the start when he implies in par. 6, that all that is needed to change the teaching is a unanimous vote:

"...the conclusions arrived at by the commission could not be considered by Us as definitive and absolutely certain...because, within the commission itself, there was not complete agreement concerning the moral norms to be proposed."

This is why 90% of Catholic contracept. They were told by their pastors that the teaching was going to change anyway. Further, Paul6 speaks of the church's unchangeable teaching, something already determined to be instrinsically evil, as only "moral norms to be proposed."

And as a father of 11 children I have been mocked and ridiculed by my own pastors for not using contraception.

I have, for quite awhile, used Facebook (as many have) as a sort of "blog," and rather neglected this one, this blog, which is the forum I once used, and frequently, to post personal musing...and sometimes more than musings.

But FB is not a place to post things you want to keep. So I've decided to repost certain FB musings here, even if they are not in keeping with the original theme of this blog, which was, originally, to comment on Church "stuff."

"No. No. NOTHING. Nothing will ever convince me that the the whole host of heavenly angels, despite the every present demons in rock and roll, did not whisper this song to Jimmy Page and Robert Plant, and despite their own demons, still heard....and showed us, quite unbeknownst probably even to them, the "stairway to heaven"...which we all must find...or be lost. And for that, and even that alone, I pray for their salvation...and ours."