THE CASE OF SAVITA HALAPPANAVA

In the news is a story about a pregnant Indian woman named Savita Halappanava, who was reported to have died recently in an Irish hospital due to her allegedly being denied an abortion. This is an important story because Americans have just re-elected the most pro-abortion President in history who ran on a platform of "reproductive rights", a platform which would find major justification if this woman's death is found to be the direct result of having been denied an abortion.


I say "found to be", because the case is still under investigation and the actual account of the events leading up to the woman's death which we have thus far do not show that she asked for an abortion.


This story from the Daily Mail, even though it joins the "abortion" chorus in its headlines, shows - in the  body of the article in which the events are retold - that the woman found that she was miscarrying and that it would be over in a few hours.


Anyone familiar with miscarriages knows that this is normal. She had been examined and re-examined, and if the hospital is to be faulted, it is for not detecting the onset of septicaemia which is alleged to have killed her.


However - and as can be expected, the pro-aborts aren't waiting around for facts, nor would they matter. The narrative is that the Catholic Church killed this woman, since Ireland is a "Catholic country" and abortion is still mostly banned there.


But for those who actually care about facts, here's a few.

1. The Daily Mail story reports that the fetus was determined to be inviable.

2. If that was the case, the Catholic moral principle of "Double Effect" may have applied.


3. The principle states that certain actions which would otherwise be considered evil, are not considered so when the intention is not to commit the evil.


An example of this is the situation presented by a tubal pregnancy which would most likely kill both the  mother and the baby. The removal of the tube will result in the death of the baby but the intention is not to kill the baby. The same is true in certain cases of ovarian cancer in which if left untreated, both mother and baby would die.


Thus, if in fact the fetus was deemed to be inviable -as the story says - then it may have been licit to remove the fetus, as this would have been similar to the situation presented by a tubal pregnancy.


However, all the facts from inside the story simply show that this was a miscarriage gone bad. If the investigation eventually proves that an abortion was denied and the woman's death was a direct result of that decision, then the issue is a matter of the hospital not understanding Catholic moral principles in regards to Double Effect.


This would not be a surprise. Catholics the world over, including doctors, are poorly formed in even the basics of the faith let alone finer points such as this.


In the end, the facts won't matter. The pro-aborts already have their narrative: The Catholic Church killed this woman. Remember: "You will be hated..." - Jesus


Below is a definition of DOUBLE EFFECT as found in the Modern Catholic Dictionary edited by Fr. John Hardon, S. J.

The principle that says it is morally allowable to perform an act that has at least two effects, one good and one bad. It may be used under the following conditions:

An example of the lawful use of the double effect would be the commander of a submarine in wartime who torpedoes an armed merchant vessel of the enemy, although he foresees that several innocent children on board will be killed. All four required conditions are fulfilled: 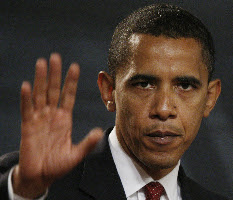