All Saints Day - a meditation

“The only tragedy is not to be Saint” – G.K. Chesterton

To have been a Christian during the Roman persecutions and to have witnessed the heroic deaths of fellow Christians had to have been a soul wrenching experience beyond compare. The Romans had been perfecting the art of human torture for centuries by the time the Christians provided more bodies to be tormented as entertainment. 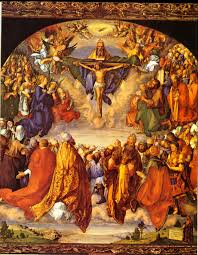 It is all but impossible for the well-fed and reasonably safe American Christian to even begin to imagine the sufferings of those whose blood ran in rivers from the floor of the Roman Coliseum. It is not hard to imagine however how those who watched their fellow Christians suffer and die would have wanted to honor and remember them in some way.

For those who witnessed the Roman horrors perpetrated with the exacting scientific cruelty on the followers of Christ, the honoring of martyrs was more than just a service in their memory; it was an occasion to draw courage and grace from their heroic death, a death that they who were still alive were almost certain themselves to face.

Thus, from the earliest times, we can find many references honoring those who gave their l 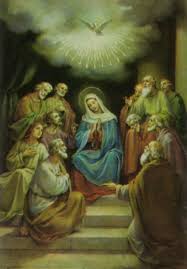 ife for Him who first gave His life for them. Initially, the martyr was honored annually on the day of his or her death. As the persecutions increased in fury, the number of calendar days that could be individually devoted to the memory of a particular martyr quickly ran out. This led to the eventual assigning by the Church of a common day to commemorate all the martyrs lest any be overlooked.

Because, here in Guam, All Saints Day is not a Holy Day of obligation as it is in much of the rest of the Catholic world, one may lack the motivation to attend Mass and pay the Saints any special honor. Perhaps if we knew we were going to get hacked to death tomorrow or impaled on a spike and doused with pitch and set aflame to light up Nero’s garden we’d think a bit differently.

It’s hard for us to imagine such horrors sitting in our air-conditioned churches. But we may be yet called upon to suffer such things. May I suggest as preparation a reading of the following two books:

t RomeBy: Rev. A. J. O'Reilly
Here is told both the fascinating history of the Roman Coliseum and the lives and deaths of many famous Roman martyrs, such as St. Ignatius of Antioch, St. Prisca, Pope St. Stephen, St. Vitus and companions, St. Marinus, St. Martina, etc. Tells the heroism of the martyrs, the cruelty of the Roman mob, and the incredible miracles God worked on behalf of His saints. Exciting and vivid even today. Impr. 441 pgs, PB

The Age Of Martyrs - Christianity from Diocletian (284) to Constantine (337) By: Abbott Giuseppe Ricciotti
In The Age of Martyrs, the famous Catholic historian Abbot Giuseppe Ricciotti records the epochal events of Roman history from the rise of Diocletian (284) to the death of Constantine the Great (337), a period which witnessed the last and greatest of the 10 persecutions of the Christians by the Roman government. Impr. 305 pgs, PB
Posted by Tim Rohr at Friday, November 02, 2007