The Problem with "Ashes" 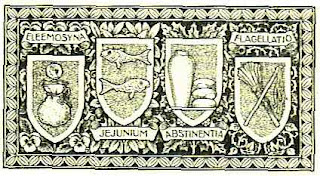 The song "Ashes", which has become the unthinking insert into every Ash Wednesday Mass for the last 20 or so years, is tuneful, poetic, memorable...but is it liturgical?

The tune has drawn its share of criticism over the years, especially for the line "we rise again from ashes to create ourselves anew".

I'm sure the writer was just trying to make the syllables fit the meter and not attempting to insert a new doctrine into the Catechism (i.e. we don't "create ourselves" - in the strict sense). And, also, in the wake of post Vatican II "feel-good-ism" in which the tune was written, the song fit the mold: an emphasis on "I", "We", "Us" (God is not mentioned until the 4th verse.)

But most of the hoopla over the supposed heresy of the problem lyric seems to have masked the real issue with the song and that is that it doesn't have anything to do with the significance of the distribution of ashes.

The song repeats over and over "an offering of ashes, an offering to you". However, what happens on Ash Wednesday is the "imposition of ashes", not the offering of them. We are not offering ashes to the Lord. On the contrary, the Lord, through the hand of His ordained minister, is imposing ashes on our forehead, marking us for a season of penance.

While its possible to draw a connection between the offering of ourselves to God and the admission that we are but dust and ashes, the believer would be forced to jump through a couple of doctrinal hoops, a complicated move that just isn't necessary in this simplest of ceremonies.

Most of us probably don't give the problem lyrics a 2nd thought. We like the melody, and the words feel warm and meaningful. Thus it will be sung (probably) at every Ash Wednesday Mass (on Guam, at least), during the imposition of ashes.

The problem is that we have some serious issues in our Church that can be traced to a very simple cause: a lack of catechesis, and in many cases, wrong catechesis. So what's the connection?

Any teacher (or parent) will tell you that the quickest way to teach a child to memorize something is to make a song or rhyme of it. Thus little ditties like "A-B-C..." to help children memorize the alphabet, etc. It's true for adults too. It's called a "mnemonic device".

Thus despite the multitude of hours, resources, and effort poured into classroom catechesis, we pretty much undo it all by the songs we sing at Mass because the song "sticks", the lessons don't. "Ashes" is just one example. The pleasant melody masks "wrong catechesis", but it's what we remember...and repeat. And what we repeat...we remember.

Today (Ash Wednesday, 2010) you'll probably catch yourself humming the tune or playing it over and over in the "tape recorder in your head" (if you went to Mass). Meanwhile, the words are sticking to your brain: "we rise again from ashes...etc."

And by the way, that's another one. We don't "rise". We will be "raised", but we don't rise of our own accord. Only Jesus could do that.

Yes, I'm aware that the "we rise..." is really just poetic language symbolizing our cooperation with God's grace in becoming all that we can be, etc. But once again, it's symbolism over substance. And the real substance of Ash Wednesday is not about what we do or we will do, but about what He is about to do... for us.
Posted by Tim Rohr at Wednesday, February 17, 2010
The Problem with "Ashes"
2010-02-17T09:51:00+10:00
Tim Rohr
Ash Wednesday|Lent|
Comments