COMMENTING ON "THE PROBLEM OF INDUCED ABORTION IN LATIN AMERICA

THE PROBLEM OF INDUCED ABORTION IN LATIN AMERICA by MARIANO REQUENA B.*, found at http://www.springerlink.com/content/32v4635138162kp8/fulltext.pdf

All penal codes of the Latin American countries condemn the interruption
of pregnancy with penalty of obligatory
imprisonment to the one who carries it
out, as well as to the woman who practices it. Nevertheless, the law is applied
only in those rare occassions in which the
abortion is denounced. The law does not
fulfil its purpose, since it does not succeed
in decreasing the incidence of abortion

How does the author know? Where's the double-blind study? This is just simply stated. The abortion rate in the U.S. pre-Roe and post-Roe would be worth noting here. The author actually undermines here conclusion in the previous statement, noting that the law is rarely enforced. No one doubt that without enforcement laws are useless.

In Latin American the problem is complicated by the illegality of abortion. The
woman knows that this deed has a legal
and social sanction and that, therefore,
she must conceal it, preventing legal punitive actions or sanctions from her social
environment. This is why abortion is
practiced in places and by persons who
deliberately avoid being known.

This is a common belief that has no evidence. In places where abortion is both legal and socially accepted, abortion providers do not normally hang out a shingle advertising "abortion services". Planned Parenthood, the nation's largest abortion provider purposely and disingenuously calls itself "Planned Parenthood" because it can't say what it really does. Even the most hardened advocates of abortion rarely use the word, having opted for the euphemistic "reproductive rights". So the fact is that legality has nothing to do with the desire not to be known. The fact is that abortion is so heinous, so unjust, so atrocious, that it will always be hidden. It must be.

Email ThisBlogThis!Share to TwitterShare to FacebookShare to Pinterest
Labels: Abortion, The Problem of Induced Abortion in Latin America 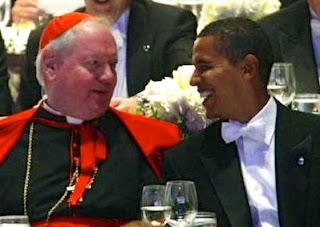