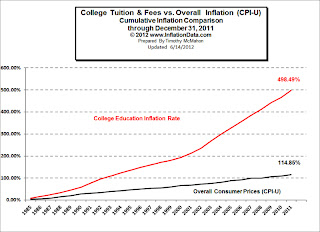 However, the cost of education is so disproportionate to every other expense that there is little question that the specter of its cost probably has more to do with our increasing reluctance to “accept children willingly and lovingly from God” (as we promised), than any other factor. (More later.)
Posted by Tim Rohr at Thursday, July 26, 2012
HAPPY NFP AWARENESS WEEK
2012-07-26T04:20:00+10:00
Tim Rohr
Economics|Natural Family Planning|NFP|
Comments