TO HELL WITH YOU! 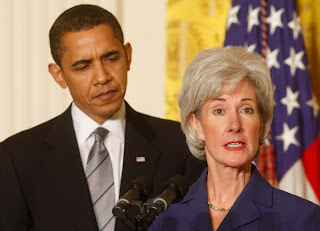 So said Bishop Zubik of Pittsburgh on January 27. Contrary to what some are attempting to contrive, Bishop Zubik was not saying “to hell with you” to President Obama. He was characterizing what Obama was saying to the Catholic Church by forcing us to comply with a mandate that treats fertility as a disease.

In any event, Zubik”s “to hell with you” is telling of just how hot this showdown has become. And on February 3, the USCCB turned the heat up big time by essentially calling the President a liar. In a statement posted to the USCCB website,  the bishops shout FALSE!, FALSE!, and more FALSE! in response to claims made against the USCCB by the White House.

Catholic commentators across the networks are expressing a combination of outrage and disbelief that the President could be so unilaterally brazen. Many think this is political suicide, that it’s going to cost him votes. But the president knows exactly what he’s doing. And he has good reason to believe he will win. Here’s my take:

Obama is not fundamentally anti-Catholic. He is simply a statist with a progressivist agenda that includes same-sex marriage, unlimited access to abortion, and a health care system which ultimately gives the state the power of life and death over every individual. The Catholic Church is simply in his way.  He needs to get it out of his way yet still keep the Catholic vote.

His strategy is simple and brilliant: draw the bishops into an open war, publicly discredit them, and then, mission accomplished, throw them the bone they are barking for, and once again, walk away with the Catholic vote.

The first step is already underway. Obama made the next step on February 2 when he posted a report by the Guttmacher Institute showing that 98 percent of Catholic women already employ the contraceptive methods required by his mandate. In short, on this issue, Catholics have been shouting their own version of “to hell with you” to their own bishops for several decades.

And this is Obama’s silver bullet. He is betting that the damning report will turn the bishops into paper tigers. It may work. Regardless of what the Church officially teaches, the fact is that for several decades, not only have many pastors including bishops been relatively silent about contraception, some have even counseled that its use is a personal decision. (It’s not.)

Obama knows that this is checkmate for the Church. Once exposed, the bishops either have to accept that they are irrelevant to the people they claim to lead, or that they have previously turned a blind eye to the near universal embrace of contraceptive evil by their own ranks. Either way, Obama will use this to paint their current bluster as a hollow attempt to save face. And he’ll have plenty of help from a contraceptive-loving media and the Pelosi/Biden/Sibelius brand of “Catholics” that he has recruited to his administration for this very moment.

At the height of this Obama Inquisition, look for the President to sweep in with an offer to dialogue and seek to “work together”. This will position him as magnanimous, compassionate, and modern compared to the bishops who will have been made to look like a desperate pack of angry medieval clerics desirous of burning contraceptive heretics at the stake. Simply brilliant.

Some think that at this point Obama will just string the bishops along until he gets reelected. But I think he’ll probably grant the bishops’ desire for a larger exemption. He’ll do this for two reasons: 1) such a grand act of compassion (wink) will secure the lion’s share of the Catholic vote, and 2) the number of people covered by the exemption is inconsequential.

Amazingly, the bishops, in their quest for conscience rights for those in their employ have left the rest of Catholic America outside the gate. Regardless of the nature of the exemption sought by the bishops, Catholics not in the employ of the Church will still be forced to materially cooperate in moral evil “as a condition of breathing” as candidate Rick Santorum put it. That there is hardly a mention of this by Catholic commentators or leaders is symptomatic of why we are in this fix in the first place.

Our bishops must fight to eliminate the entire evil edict, NOT just lobby for a wider exemption! Indeed, they should fight to dismantle the whole of Obamacare as it is sure to hold more anti-life surprises. In fact, the Church needs to discard the idea of insurance based and state-supported health care altogether and return to its own historical mission and mandate to care for the sick as a corporal work of mercy. It may have to. We have already had a taste of what Obama means by “mercy”.
Posted by Tim Rohr at Thursday, February 09, 2012
TO HELL WITH YOU!
2012-02-09T10:24:00+10:00
Tim Rohr
Birth Control|Contraception|Obama|Published Articles|USCCB|
Comments