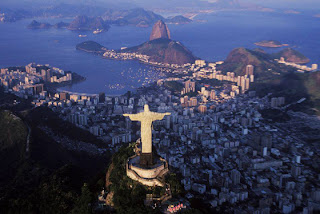 But the fact that nations normally not aligned with the Vatican, took the lead in trouncing the purveyors of the Culture of Death, has sent the pro-aborts reeling. In short, the rumble in Rio marks a major turning point for the Gospel of Life. Now...if only Catholics will catch on.
Posted by Tim Rohr at Wednesday, June 27, 2012
RUMBLE IN RIO
2012-06-27T05:44:00+10:00
Tim Rohr
Abortion|Birth Control|Contraception|Environmentalism|Population|Population Control|Published Articles|
Comments