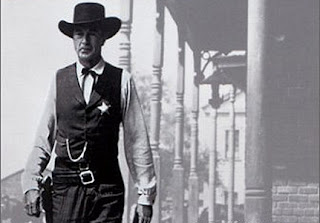 However, as we all know, the law has been upheld and there is now nothing separating the U.S. Catholic Church from an all-out showdown with the Federal Government on August 1.
On that date, most Catholic employers will be forced to include full coverage of morally unacceptable contraceptives, sterilization, and abortifacients in health insurance policies for their employees.
The penalty, or “tax”, for not doing so, will not apply until 2014. So while they won’t immediately be fined, Catholic employers, on August 1, will still have to either cancel health coverage for their employees or become material participants in moral evil.
Curiously, while there has been much focus on the contraceptive mandate, little has been said about another “final rule” which was issued this past March. The rule mandates taxpayer funding of insurance coverage that includes elective abortion.
The mechanism to redirect our insurance premiums to pay for abortions was always present in the law, and was exposed by the USCCB office of legal counsel in early 2010 before the bill’s passage. But other than the USCCB’s letter to the Obama administration protesting the provision, little else was said or done.
Perhaps the USCCB felt their fears allayed by Obama’s eleventh hour executive order barring taxpayer funding for abortions, a move that pacified a group of Democrat “pro-life” hold-outs, and gave him enough votes to pass the bill by the thinnest of margins.
However, it appears once again, the USCCB has underestimated this President’s voracious appetite for abortion.
The USCCB seems to have also underestimated Obama’s audacious willingness to boldly lie. On September 9, 2009, before a Joint Session of Congress and the whole nation, President Obama stated that abortion funding would not be included in his health plan. He underscored that promise with the signing of the aforementioned eleventh hour executive order.
However, this past March, while Congress was in recess, he authorized the final rule that activates the mechanism enabling the funding of elective abortion through the state health exchanges. What’s more, the final rule mandates that the funding for abortion be essentially hidden.
The rule forbids insurance companies from including information about abortion coverage in any marketing or promotional materials, and states that it can only be disclosed “as a part of the summary of benefits and coverage explanation at the time of enrollment.” In other words, abortion coverage is in the fine print and will be purposely easy to miss.
What’s not to understand about this man? His dedication to abortion is simply matchless. I will stop short of calling it “Faustian”, but his abortion record, as compiled by Life News, demonstrates a sleepless dedication to the abortion cause with a minimum of one pro-abortion action every two weeks since he was inaugurated, beginning with the lifting of the Mexico City policy which sent millions of our tax dollars overseas to fund abortions in third-world countries.
And when added to his opposition to the ban on partial birth abortion, his opposition to medical treatment for children who survive a failed abortion, his radical support of Planned Parenthood, and his authorship and advocacy of the Freedom of Choice Act, which would negate every pro-life law on the books in every state, what else are we to conclude? The man the USCCB will have to face at High Noon on August 1 is no ordinary lefty gun-slinger.
Many individual bishops have begun to recognize the gathering gloom and have spoken out bravely against the encroaching evil in this dark law. But the general party line of the USCCB still reflects hopes for presidential leniency and a workable compromise.
Perhaps they know something about Barack Obama that we don’t know. Perhaps they know of a back room deal already in the works that will let the Church off the hook. Perhaps they are thinking that the showdown at High Noon on August 1 will turn into nothing more than another garden party “Beer Summit”.
Let us all pray for our bishops as High Noon approaches and let us hope for a miracle. But let us also be prepared to say with Dr. James Dobson: “I WILL NOT pay the surcharge for abortion services. … So come and get me if you must, Mr. President. I will not bow before your wicked regulation.”
Posted by Tim Rohr at Tuesday, July 03, 2012
HIGH NOON FOR THE USCCB
2012-07-03T16:30:00+10:00
Tim Rohr
Abortion|Contraceptive Mandate|Obamacare|USCCB|
Comments