A Call to Action by our Nation's Bishops

This was published in the Umatuna, the newspaper for the Archdiocese of Hagatna, Guam, On 10/02/11
A few weeks ago, I opined that the Obama administration’s decision to force us to fund elective sterilizations and the distribution of contraceptives and abortifacients through our health care premiums had placed Catholics in a morally compromising situation.

The USCCB called the mandate a violation of the First Amendment, an “attack on religious liberty” and “an “unprecedented intrusion by the federal government into the precincts of religion....”
That such a crushing mandate could be imposed on the whole of the nation without legislation and prior public knowledge is symptomatic of the mechanisms hidden within the 3000 page PPACA (Health Care Act) that will allow for future attacks on life just like this one.
Previously, and to no avail, the USCCB had inveighed against the forced funding of abortion built into the PPACA through another hidden mechanism despite President Obama’s promise before a Joint Session of Congress that abortion funding would not be included, and his last minute executive order to supposedly insure it.
Up till now there was little we could do about the contraceptive mandate which Americans United for Life called “the greatest attack on conscience rights in American history.” However, with the introduction of The Respect for Rights of Conscience Act, there is something we can do: contact our Congresswoman and urge her to support  it!
The Respect for Rights of Conscience Act “amends the PPACA to protect individual rights of conscience, including the right to provide, purchase, or enroll in health care coverage that is consistent with one’s religious beliefs and moral convictions.”
I am copying here a letter suggested by AUL Action and modified to be addressed to our Congresswoman.


The passage of the Patient Protection and Affordable Care Act (PPACA) by the 111th Congress in March 2010 marked unprecedented threats to the conscience rights of millions of Americans. To protect our conscience rights from attack, I ask that you support the Respect for Rights of Conscience Act.

The Respect for Rights of Conscience Act, introduced by Representative Jeff Fortenberry (R-NE) in the House and Senator Roy Blunt (R-MO) in the Senate, amends the PPACA to protect individual rights of conscience, including the right to provide, purchase, or enroll in health care coverage that is consistent with one's religious beliefs and moral convictions. It also ensures that no requirement in the PPACA creates new pressures to exclude those exercising such conscientious objection from health plans.


Respectfully,
[Your Name]
[Your Address]
[City, State ZIP]
This letter can also be submitted through the Congresswoman’s website or through the AUL Action website. And let us pray that God will give her the wisdom, the courage, and the words to speak up for our rights of conscience and against the mandate that our Nation’s Bishops have called an “unprecedented attack on religious liberty”. 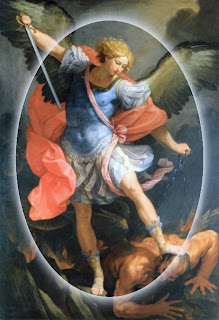