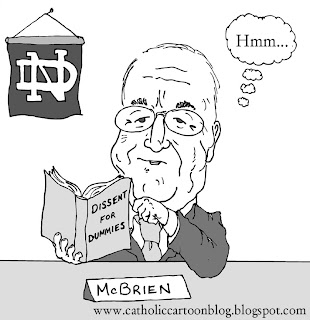 Published in the U Matuna, the newspaper for the Archdiocese of Agana, Guam, on August 12, 2012.

The conservative media is all abuzz with the hope that the Democratic Party just “did itself in.” With the news that the Democrats will adopt a pro same-sex marriage plank to add to its national platform, conservatives are sure that this will be the last straw for many members who are feeling increasingly uneasy about their party’s hard Left turn.

However, they aren’t factoring in an important wild card: Catholics. Catholics form the largest single voting bloc in the nation (one in four voters are Catholic). And even though Catholics went heavily for Obama in 2008, conservative analysts are sure that the spat over religious freedom has soured them on Obama this time around, and that the official same-sex marriage plank will seal the deal.

But they are mistaken. Such a projection assumes that Catholics actually care about Catholic teaching. They do not, at least not in the numbers necessary to make a difference in the 2012 election.

A Kaiser Family Foundation poll conducted in February shows that 60 percent of Catholics support the contraceptive mandate even though their Church teaches that contraceptive acts are “intrinsically evil” (CCC 2370).

And a Pew poll found that Catholics support “gay marriage” 52% to 37%, which is a larger margin than the rest of the nation, despite Church teaching that homosexual acts - which same-sex marriage would effectively institutionalize - are “sins gravely contrary to chastity” (CCC 2357).

And lest we think these polls do not reflect the opinions of “practicing Catholics”, a Georgetown CARA poll shows that it is “practicing Catholics” - those who go to Mass weekly - who are MORE likely to vote Democrat, despite the Democratic National Platform supporting abortion and embryonic stem cell research, Obama’s attack on Catholic leadership, and now the Party’s official embrace of same-sex marriage.

In other words, it is the Catholics who DON’T go to Mass who oppose Obama, abortion, the destruction of human embryos, same-sex marriage, and the attack on religious freedom! Thus, one might ask “What is it about going to Mass that makes a Catholic more supportive of a party whose positions are officially hostile to Catholic moral teaching?”

It probably has nothing to do with going to Mass, but could have everything to do with the counsel “practicing Catholics” receive privately from some pastors and teachers.

For years, I was counseled, even in the confessional, that the use of contraception was a matter for my wife and I to decide, and was told outright, on one occasion, that birth control pills were “no different than aspirin”.

Thinking that four kids was all we could handle and desiring further guidance, I once approached a pastor on the matter. He gave me a book entitled “Catholicism” authored by Fr. Richard McBrien, a theology professor at the University of Notre Dame. I was impressed by the thick volume and felt assured by the title. But upon opening it, I was instinctively disturbed by what I read.

I had not yet read Humanae Vitae and my only qualms about using contraception were the remnants of parental rumblings over the matter. Yet, as St. Paul says, “All men have SOME light”, and however dim, mine was still on - at least “on” enough to be disturbed by McBrien’s views.

I decided to poke around and soon learned that not only had the book received an official disapproval from the U.S. Council of Catholic Bishops for the author’s erroneous views on contraception, but that McBrien had also written elsewhere in support of homosexuality, pornography, and bestiality, calling these “new directions...an indication of responsibly progressive Catholic moral theology...”

The book had one good effect. It caused me to read Humanae Vitae, and I was shaken by the purity and logic of it compared to the disturbing impurity and illogic as well as the defiance which I perceived in McBrien’s book.

I approached the priest who gave me the book and asked him why he supported such dissent from Catholic teaching. His answer was a shocker. He said that “disobedience was necessary for progress.” I never sought his counsel again.

Sadly, though the USCCB may have disapproved of McBrien’s book. It never disapproved of McBrien, and he and his ilk have been allowed to run amok in Catholic academia for decades, producing - according to the polls - a whole generation of Catholics who believe that “disobedience is progress”.

But now, those same bishops are desperately in need of supportive obedience from that generation. They know that the contraceptive mandate is just the first step in the dismantling of the Church, the discrediting of its leadership, and the destruction of the traditional family.

However, as you can see from the polls, Catholics are siding with Obama and against their bishops. America’s Catholic “chickens”, have indeed come home to roost.
Posted by Tim Rohr at Wednesday, August 08, 2012
CATHOLIC CHICKENS
2012-08-08T08:31:00+10:00
Tim Rohr
Birth Control|Contraception|Contraceptive Mandate|Democrats|Election 2012|HHS Mandate|Richard McBrien|Same-Sex Marriage|
Comments