RESPONDING TO THE USUAL MISUNDERSTANDING ABOUT "PRAYING TO MARY"

There were the usual responses.

The words of the Hail Mary don’t “pray to Mary,” the words ask her to pray for us. “Pray for us now and at the hour if our death.” They are the same words we use to ask others to pray for us.

THE SECRET TO TEACHING YOUR CHILDREN TO BE QUIET AT MASS

I was moved to share the following thoughts after I read this article: A letter to the parents who keep bringing their disruptive kids to Mass, week after week.

As one of the parents of 11 children, and who, for the most of our child-rearing years, attended Mass in a small chapel of maybe 20 people max, (where any noise was easily a distraction) we had a strategy. It was my job to take the disruptive child (usually the youngest) outside. Sometimes I'd miss the whole Mass. But not for long. The child usually settled down about year 2.

But here's the deal. The Mass we went to did not have constant sound, external stimulation, guitars, lectors, amplified singers, drums, moving around, etc. It was 90% absolutely silent. If you've guessed this was the Latin Mass, you are correct.

The lack of all that external stimulation had a quieting effect on my children, even as infants. Somehow they intuited that something special was going on and they learned to be quiet...because QUIET is what surrounded them.

We had and still have 2 special needs children. One of them, Number 10, was extremely rambunctious. He was always on the move. But about age 2, he became absolutely quiet and even "contemplative."

(As a P.S. William had been born with a nasal defect which caused him to snore loudly. Since William knew he could not make noise "in church," he would "deal with it" by just going to sleep. His snoring was so loud that I often had to pick him up off the floor and take him outside. This became a bit difficult because I was the "organist." LOL.)

I gave William an icon of the Blessed Virgin Mary and he would hold it against his chest at every Mass and was absolutely still for the more than hour long Latin Mass liturgy.

As soon as Mass was over, he was up and running out of the church and it would take most of his brothers and sisters to catch him as he ran around the church yard.

For nearly 30 years we went to Mass with up to 11 children. But for a few instances when we had to take the little ones out of Mass, they all learned to "respect" the Mass because they were surrounded by "respect," which was absorbed by them as silence.

Let's stop blaming children and families. And families, let's stop making excuses for our noisy children. If you take them to a noisy place, they're going to be noisy. Sorry if you are unable to find a Mass where silence reigns. I understand how hard it is today. Every available second seems to be drowned in sound. 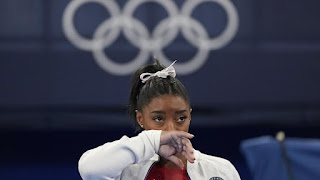