Catholic-Muslim History and the Holy Name of Mary 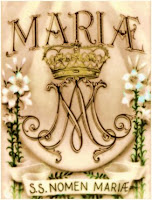 For the last nine days in traditional novena fashion, the parish of Agana, has been celebrating its patron saint, the Blessed Virgin Mary - under the title of "Dulce Nombre Maria. The novena culminated on September 12, the actual feast day, and of which the actual name of the feast is "The Holy Name of Mary".

It might come as a surprise for some Agana parishioners to know that they were celebrating the defeat of the Muslims at the Battle of Vienna on September 12, 1683. But surprise or not, this is the reason for the feast. The feast had been celebrated in various countries and within various religious communities and on various days since 1513.

However, upon the defeat of the "Turks" (the medieval name for Muslims) by the forces assembled by King John Sobieski of Poland, Pope Innocent XI moved the feast of The Holy Name of Mary, under whose banner Sobieski had fought, to September 12 and extended the feast to the Universal Church.

This wasn't the first time a Pope had instituted a feast in honor of a Muslim defeat in the name of Mary. October 7 is the Feast of the Holy Rosary and indeed October has come to be known as the "Month of the Rosary" because of the Christian defeat of the Turkish navy at the Battle of Lepanto in 1517, a date honored with a feast instituted by Pius V and extended to the Universal Church.