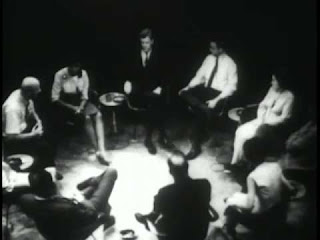 OF POLLS AND PEWS: THE DANGERS OF "TOGETHER FOR LIFE"

Over the course of several columns we have documented the bewildering trend of Catholics increasingly accepting behaviors, acts, and lifestyles that are either condemned or strongly disapproved of by the church they say they belong to.

The trend is not rooted in an ignorance of church teaching - most Catholics appear to know where their church stands on abortion, contraception, and homosexual relations; rather, it seems to stem from a belief that they are wholly free to accept or reject such teachings and remain Catholics in good standing.

Many minds in Catholic leadership have puzzled over this trend, and the church has spilled over with documents and initiatives attempting to address it. One priest, Monsignor William Smith (now deceased) fingers an unlikely suspect.

Smith was a moral theologian who wrote for theological journals as well as a monthly column in Homiletic and Pastoral Review. In a1994 column he challenged a booklet widely used in marriage preparation, “Together for Life” (TL) by Msgr. Joseph Champlin, which was first published in 1970.

In TL (at least the editions used through 1994), Monsignor Smith exposes a pattern of teaching that, given its audience (pre-Cana couples), and its wide usage since 1970, may well explain why so many Catholics feel they are free to fashion their own moral code as well as pick and choose their religious obligations.

In addressing the regulation of births, Champlin quotes the relevant sections of the Catechism and Vatican II’s Guadium et Spes, but then, Smith observes, subjects the moral applicability of the teaching to the intentions and motives of the couple, and in so doing, sets the couple up to decide what is right and wrong “for them”.

Smith notes that this is something the Council expressly said NOT to do: “....with the responsible transmission of life, the moral aspects of any procedure does not depend solely on sincere intentions or on an evaluation of motives, but must be determined by objective standards....spouses should be aware that they cannot proceed arbitrarily...” (GS 50-51)

The subjective relativization of an objective moral position, demonstrated in TL, is not an uncommon practice. It is common to many contemporary Catholic authors. It goes like this: 1) Catholic teaching is cited, 2) the reader is made aware of dissenting positions, 3) the reader is asked how he “feels” about it, 4) the reader is told that a mature Catholic will need to make his own decisions, 5) the reader is encouraged to pray and “listen to the heart”.

In short, its nothing more than a high school exercise in values-clarification with Catholic truth often only serving as a conversation starter, or as doctrinal cover so that an imprimatur, which TL has, will not be denied (and so that pastors in seeing the imprimatur will feel soothed).

But let’s back up. Many of us are so familiar with this process that we fail to see what is wrong with it. After all, isn’t this what freedom of conscience and religious liberty is all about? Ultimately, don’t we have to make our own decisions?

In TL, Champlin leads the couple to decide what IS right and wrong...“for them”. And lest the couple shirk from the imposed dilemma, he assures them: “At those times we purify our hearts, search for God’s light in this special circumstance, then decide what is the best course to follow. And follow it without any fear or anxiety.”

Coming as it does in the section on birth regulation there is no denying what is the matter to be “decided.” So the couple, about to embrace Holy Matrimony, and with the help of their pre-Cana class, is thus freed to contracept “without fear or anxiety” so long as they have “searched for God’s light” in this “special circumstance.”

But Champlin doesn’t stop there. Wisely assuming that some couples might be yet pained by that “still small voice”, Champlin advises them to seek out a priest, BUT not just any priest, but an “understanding priest”, or in the words of Msgr. Smith: “shop around for an affirmative cleric.”

While Smith is primarily concerned with the damage done by TL in marriage preparation, it’s easy to see how its method of moral manipulation might later induce Catholics to feel authorized to arbitrate on everything from abortion to the Sunday obligation: a fact evidenced in both polls and pews - increasingly empty ones.

(Monsignor William Smith’s commentary can be found in the book “Modern Moral Problems”, published by Ignatius Press, and available at the Cathedral Gift Shop.)