Printed in the Umatuna, the newspaper for the Archdiocese of Agana, Guam, 9/4/11.

A recent local online poll asked: “The 2010 Census counted 154,805 people on Guam. Surprised?” Most of the respondents voted “yes”. Perhaps they were reacting to time stuck in traffic as a population indicator, but, yes, the population is well below the 2010 U.N. estimate of 179,693. 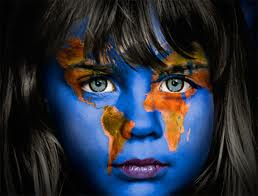 While some are blaming the low number on the “exodus” from Guam that began with the economic downturn in the late 90‘s, a more likely culprit can be found in an analysis of the data from the 2000 census.
In 2000, there were 35,599 women  of childbearing age (15-44) who had given birth to total of 55,196 children. This equates to a fertility rate of 1.5 children per woman which is far below the population replacement rate of  2.1.
We can also assume that fertility has continued to decline. Vital Statistics reported 3,421 births in 2010 versus 3787 in 2000, a 10% decline. Interestingly Guam’s abortion rate is also 10% with one out of every ten pregnancies ending in abortion. This means that our 2010 fertility rate is probably closer 1.3.
Of course, Guam is very transient which makes it difficult to use such numbers to decipher deeper social issues. But a decline in Guam’s fertility rate was noted as far back as 1984 in the Journal of Biosocial Science (16:231-239 Cambridge University Press):
"Since the end of World War II, the Guam native population, who are mostly Roman Catholics, has undergone one of the most dramatic socioeconomic developments ever recorded. They have rapidly become incorporated into the dominant American culture and economy. This accelerated process of modernization has been accompanied by a very sharp fertility decline. One reason for this decline has been the increasing defection of Guam Roman Catholic women from the traditional teaching of their Church on the subject of birth control. This trend of fertility decline, although at higher levels, resembles that of East Asian countries with rapid fertility decline."
The countries referred to in the report are Japan,Taiwan, Hong Kong, South Korea, and Singapore. Japan, the country most economically connected with Guam, is now the “oldest” country in the world with nearly a quarter of its population over 65, and with a fertility rater of only 1.25, is already in the throes of demographic meltdown.
The U.N. Population Division predicts that Japan, as well as other countries with similar fertility rates (and that includes Guam) will have two seniors for every one child by 2050.The economic consequences of such a forecast shouldn’t take much number crunching. Business guru Peter Drucker has noted, “The dominant factor for business in the next two decades...is not going to be economics or technology. It will be demographics.”
The above mentioned countries became post-war powerhouses as their populations boomed and human capital became abundant. However, the anti-natal attitudes and policies that began creeping into most industrialized nations in the 70’s is now showing its gray head, and the prospect of economic collapse has caused the governments of Japan, Singapore, Sweden, Australia, Russia, Czechoslovakia, and others to begin paying parents to have children.
The irony of course is that we have been duped for decades into believing that fewer children meant greater prosperity, and it seems to be true since the world’s wealthiest countries are currently those with the lowest fertility rates. However, the fact that many of those countries are now frantically trying to increase their birthrates should tell us that something has gone terribly wrong.
Most industrialized societies have created social safety nets that depend on taxing the current work force. Because that work force has decreased by half over the last 40 years while the number of pensioners has more than doubled, the whole system is beginning to collapse. There simply isn’t the work force/tax base to sustain the bloated entitlement state. Can anybody say “Greece”?
History has witnessed periods of low fertility before but the current population implosion is a different sort of animal. Whereas past low fertility periods were normally connected to war, famine, and pestilence, the current birth dearth is due primarily to voluntary childlessness, something unknown to history, at least on the massive scale we are now witnessing.
That “Catholic” Guam is in the same pack as Japan and the others in this race towards collective societal suicide is more than just an economic concern. Since God’s first command was to “be fruitful and multiply and fill the earth”... it is an eternal concern as well.
For an in-depth expose on what demographers are calling “one of the most ominous events of modern history” watch the DVD “Demographic Winter” which can be ordered from www.demographicwinter.com (or found at the Cathedral Gift Shop).
Posted by Tim Rohr at Friday, September 02, 2011
Guam's Demographic Demise
2011-09-02T12:26:00+10:00
Tim Rohr
Demographic Decline|Guam|Published Articles|
Comments

Prayer to St. Joseph to Obtain a Special Favor 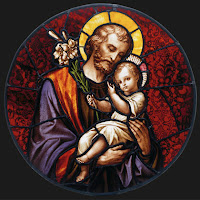 O BLESSED Saint Joseph, tenderhearted father, faithful guardian of Jesus, chaste spouse of the Mother of God, we pray and beseech thee to offer to God the Father His divine Son, bathed in blood on the Cross for sinners, and through the thrice-holy Name of Jesus, obtain for us from the Eternal Father the favor we implore. (Name your request.)

Appease the Divine anger so justly inflamed by our crimes, beg of Jesus mercy for thy children. Amid the splendors of eternity, forget not the sorrows of those who suffer, those who pray, those who weep; stay the Almighty arm which smites us, that by thy prayers and those of thy most holy spouse, the Heart of Jesus may be moved to pity and to pardon. Amen. St. Joseph, pray for us.
Posted by Tim Rohr at Friday, September 02, 2011
Prayer to St. Joseph to Obtain a Special Favor
2011-09-02T11:48:00+10:00
Tim Rohr
Prayers|
Comments

Fr. Eric's Commentary on the 11th Sunday after Pentecost

THEME : THE CHURCH IS THE WITNESS OF FUTURE GLORY

As we focus on living the Christian life in the here and now, during this in-between time with Advent/Christmas (Incarnation) on the one hand and Lent/Easter (Resurrection) on the other, we are reminded in today's liturgy that our job as the Church in the here and now is to be witnesses of the glory that is to come, a glory partially revealed in the healing of the deaf-mute.  How we act in this life is either a witness to the rest of humanity that a blessed life is possible in the future for those who want it, or it is not such a witness.  To some extent, Catholics must already live in the here and now the glorious life that is promised in the next life.  People ought to look at our behavior, as individuals and as a community, and say : peace, forgiveness, justice and holiness are possible.  Look at them!  Just as the people saw the deaf-mute hearing and speaking, and came to believe in Christ, people must look at us and see spiritual deaf-mutes whom Christ has healed.  We, too, at one time, could not hear and now hear; could not speak, and now speak, the Word of God.