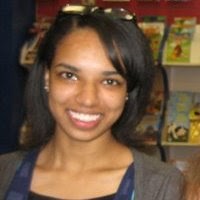 Y I am Catholic - Part 5: the case for the authenticity of the Gospels 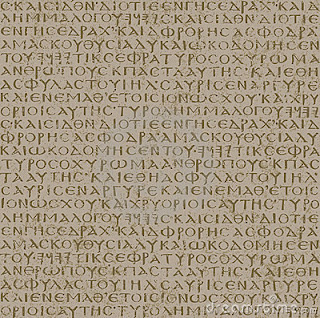 Since everything we officially know about what Jesus said and did is derived from Scripture, particularly the Gospels, proof for the historicity of the Gospels is usually considered necessary in any Christian apologetic endeavor. (“Apologetic” means “reasoned explanation”).


Given our method of simply presenting possibilities and not proofs as we make the case for Christ and for Catholicism, it is not necessary for us to address the historicity of the Gospels in depth, but we should at least understand the debate.

Some of the main issues are: 1)there is no definitive proof that Matthew, Mark, Luke, and John were the actual authors of the Gospels to which their names are affixed; 2) there are several noticeable incongruities between the different Gospel accounts; 3) we do not have in our possession an original copy of the Gospels, but simply copies of copies of copies which have come down to us through the centuries with all the possibilities of copying errors, human intrigue, exaggerations by over-zealous Christian copyists, and everything else that could possibly go wrong in the transmission of information and stories over time.

It is easy to see how atheists and those hostile to Christianity would use these facts to discredit the Gospels which form the basis for the Christian religion. And while there is overwhelming evidence in support of the historical reliability of the Gospels, the easy way to engage the naysayers is simply to hold them to their own standards as regards other works of antiquity whose historicity they appear not to question.

For example, the teachings of Plato and Socrates are considered to be pillars of classical literature. Yet not only do we not have any original manuscripts from Plato or Socrates, the origin of the manuscripts we do have is exponentially more obscure than the Gospels.

For instance, most of Plato’s works found in today’s libraries are actually the result of a reconstruction of various medieval sources, not the reprinting of an ancient manuscript found among the ruins of ancient Greece. And most of what we know of Socrates actually comes from these medieval reconstructions Plato, which makes the authenticity of the teachings of Socrates even more distant.

Yet the works of Plato and Socrates in their modern form are accepted by scholars and academics as credible with very little debate, as are the works of many other writers of antiquity for which we have no original manuscripts and whose writings are similarly reconstructed. In fact, if we are to make original manuscripts a standard for credibility of authorship we would have to throw out the entire works of Shakespeare since not one Shakespearean work comes down to us in his own hand.

In short, we can safely assert that there is more evidence for the historical reliability of the Gospels than there is for any other document of similar or greater age.

But even if there wasn’t such evidence, it wouldn’t matter. The historical credibility of Christianity does not rise and fall with the latest investigation into the authorship of the Gospels. Christ did not leave us a book, he left us a Church and a teaching authority for that Church which comes down to us through the centuries and is embodied in that Church and its hierarchy of Pope and bishops we see today.

In fact, for first three centuries of Christianity, when the fledgling Church was under its period of greatest duress, there was no Bible as we know it. While there were letters and writings of various kinds floating about the different Christian communities during this period, there was no defined list of New Testament books until 401 A.D.

During Christianity’s earliest centuries, Christians lived and died by the teachings that were handed down to them from Christ through the Apostles and through their successors, in short, through His Church - the Church that still stands and instructs today. They did as Paul said: “Therefore, brethren, stand fast, and hold the traditions which ye have been taught , whether by word, or our epistle.” (2 Thes 2:15)

What they were taught by word and epistle (letter), and what they were willing to die for is our next subject.

Email ThisBlogThis!Share to TwitterShare to FacebookShare to Pinterest
Labels: Why I am Catholic
Newer Posts Older Posts Home
Subscribe to: Posts (Atom)