WHY IS JERRY SANDUSKY IN JAIL? 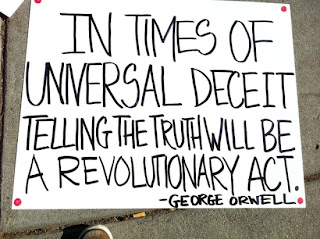 This question ("Why is Jerry Sandusky in jail?") was posed recently by columnist Benjamin Wilker in Catholic World Report.

It’s easy to think we know the answer. But not too long ago, sodomy and abortion were viewed with similar disgust and were imprisonable offenses.


But now, not only have both been elevated to a constitutional right, sodomy has been institutionalized through the legalization of same-sex unions; and abortion - we are told - is a “healthy choice.”

Over the last fifty years our society has increasingly deemed laws against adultery, contraception, fornication, pornography, abortion, sodomy, etc., as the puritanical remnants of an uptight past and we have enthusiastically discarded them. Yet we get rabidly righteous about an older man soliciting sexual favors from young boys and demand his head. Why?

Pederasty (man-boy sex) has a significant historical and cultural pedigree and has enjoyed more social acceptance throughout history than any other form of sexual relationship other than traditional marriage.

The keeping of boys for sexual favors was a well-documented practice in ancient civilizations. The historian, Edward Gibbons, tells us pederasty was practiced from the earliest days of the Roman Republic, and of the first fifteen Emperors, only Claudius had a “correct taste” in love.


In ancient Greece, young boys were often given to older men for the purpose of providing sexual favors by their own fathers in return for promises to see to the boy’s education and social advancement.

Pederasty did not go away with the passing of those ancient civilizations. It has found many incarnations and degrees of social acceptance in a variety of cultures and times. C.S. Lewis even notes (in Surprised by Joy) its commonplace practice at the boarding school he attended as a boy in England.

Apparently, if Jerry Sandusky had been a Roman noble or a teacher at an English boarding school instead of a football coach in America, he not only would have not gone to jail, he would probably have been envied and imitated.

At the very worst, Sandusky might have been a citizen of modern Greece where pedophilia is deemed a disability, and its diagnosis qualifies one for a government pension.

But no such luck for Sandusky. To our nation’s righteous delight, he will rot in jail. But why?

To what standard do we appeal when we revile pedophilia and its practitioners?

Make no mistake, we are right to be repulsed and outraged. But the roots of our revulsion are to be found in the very thing we seem determined to uproot: a Judeo-Christian view of the human person, his inherent dignity, and the right ordering of sexual passions.

In the days of the Edomites, the Jebusites, the Canaanites, and all the other “ites”, the descendants of Abraham stood quite alone in their opposition to the orgiastic cultures with which they were surrounded.

John the Baptist’s severed head ended up on a platter not because he heralded a Messiah, but because he condemned Herod’s perversions. And early Christians were put to death not just because of their unwillingness to worship roman gods, but because their regard for the sacrality of sex was a living condemnation of roman sexual norms.

It’s hard to imagine that pederasty too won’t one day again be normalized by a culture which has already put Christianity to death, and is even now rushing to elevate the ancient perversions to “the new normal”.

For now, the only thing that stands in the way is a skewed sense of human dignity that sees no issue with slaughtering 4000 infants in the womb, but still gets up in arms over a guy who showers with children. At least it shows that our society still maintains some remnant of sexual decency not yet destroyed by our frenzied rush to pleasure ourselves.

In 2011, Guam's Office Office of the Attorney General reported that 434 children were sexually abused on Guam over the previous year, a figure the AG rightly called a “staggering amount”. Predictably, certain community leaders expressed horror and the need for more laws, more controls, more enforcement, and frankly, more government.

Wonderful. But some of those community leaders are the same people who are bent on legislatively legitimating the morally permissive culture which, at its fringes, unravels into the sexual exploitation of children which they claim to abhor!

What don’t they get? The attack on Christian moral norms, which traditionally have safeguarded the sacrality of sex for the intimate fruitful bonds of marriage, is the direct cause for the increasing social sanction of sexual depravities of every kind including pedophilia.

So why are we surprised - having already stomped most of sexual decency into puritanical dust - that a man like Sandusky would help himself to the bodies of boys?

In light of our society’s wholesale destruction of our Christian moral roots, it appears Jerry’s only crime is that he “jumped the gun” in our culture’s mad race to Gomorrah.