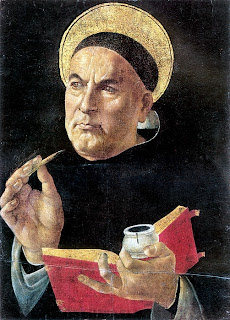 I was going to move on to another topic this week but I happened upon an interesting debate that has prompted me to share further on a critical aspect of the Perpetual Virginity of Mary.


The debate is over the proper interpretation and presentation of John Paul II’s Theology of the Body, the name given to a series of talks given by the Pope on the subject of human sexuality. TOB’s most prominent apostle is Christopher West, who has popularized the Pope’s teaching through a series of books, CD’s, DVD’s, and seminars.

The Pope’s treatment of the subject is deeply philosophical and reverently nuanced, however, West’s approach is much less so. Example: where the Pope might refer to “the conjugal act”, West will sometimes say “have sex”. West’s strategic street lingo approach, as well as his questionable interpretation of some aspects of TOB, has provoked criticism and debate.

The debate is not merely academic. There is real evidence that “sex education” - which Theology of the Body essentially is - if not properly framed and nuanced, can produce the exact opposite of what it aims to prevent: illicit and irresponsible sexual behavior.

Exhibit A would be the easily evidenced fevered increase of sexual activity among young people wherever sex education has been introduced into the curriculum, even when presented in an academic and scientific way.

And while West attempts to retain the theological framework of TOB, the language reduction is nevertheless provocative, e.g. “having sex” stirs images in a way that “conjugal act” does not.

The debate over West’s approach has pitted some big names in Catholic academia against each other. One of those debates involves well-known pro-life author and academic Dr. Janet Smith and the equally well-known and much-revered Dr. Alice Von Hildebrand.

Von Hildebrand is critical of West, and Smith has come to his defense. The debate has several aspects to it but the item that caught my attention was a discussion over whether or not West should have referred to Mary’s “bloody placenta”. Von Hildebrand took issue with the reference, which provoked the following response from Smith:

“She (Von Hildebrand) believes it is incorrect to think that Mary may have expelled a bloody placenta. Pregnant wombs have placentas. Did not Mary’s? Would it be wrong to think it might have been bloody?...Scripture itself makes reference to Mary’s womb and breasts; is the placenta really so objectionable that it could not be mentioned?”

If you are feeling uneasy about such a discussion, you should. As you might guess, the Church has traditionally approached the physiological aspects of the birth of Jesus with sacred caution. In fact, Pope John XXIII forbade any further public speculation about it.

However, the issue jumped into public view a few years ago upon the release of the movie THE NATIVITY STORY. The film portrayed the birth of Jesus as a natural birth - complete with labor pains and presumably an expelled placenta.

Though well-received by the Catholic press and even prominent clergy, others cautioned that the depiction of Mary in labor poses problems to two Marian dogmas: the Immaculate Conception and the Perpetual Virginity.

As you will recall, bringing forth children “in sorrow” (labor) (Gen 3:16), is the penalty to the woman for Original Sin. The Dogma of the Immaculate Conception holds that Mary was preserved from Original Sin and thus she is not subject to its penalty, i.e. Mary did not birth Jesus “in sorrow”.

In regard to Perpetual Virginity, the Church teaches that not only did Mary never have conjugal relations, she remained “incorrutibiter genuit" which means she “begot (Jesus) incorruptibly”. Aquinas puts it thus: “Mary gave birth painlessly in miraculous fashion without opening of the womb and without injury to the hymen...” (Summa Theologiae III.28.2).

In other words, not only was Jesus miraculously conceived, he was also miraculously birthed. And the fact that our Church has solemnly defined this since the Synod of Capua in 392 A.D., demonstrates that the Church, early on, saw the danger of speculation about things such as a “bloody placenta” and sought to put a seal on it. Apparently West and Smith didn’t get the message.