One of the more amusing things about the hoopla surrounding The Da Vinci Code is the recent shift in rhetoric from its proponents. At first there was the euphoric condescension that inevitably accompanies being privy to secret or “new” knowledge. The book’s proponents, led by the author, seemed to take a certain arrogant delight in making Christians scramble to defend their sacred truths.

It took a while but soon both sacred and secular sources were crying foul. We can easily understand why Christians would be upset, but what would rile the feathers of secular critics? Well it seems that the manufacture of facts is not allowed even under the label of fiction. A writer of fiction is still expected not to make up fictional locations of actual places, or conjure up new historical accounts of recorded historical events. Author Brown errs in that and much more. 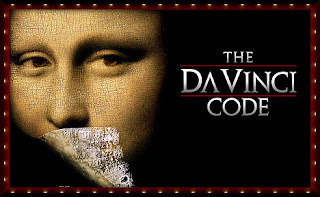 At the beginning of the story, the Pevensie children are sent to stay in the country because of the German bombardment of London during WWII. Though the Pevensies are fictional characters, the German bombardment of London is not. Lewis does not have the Russians bombing London. Lewis can make up anything he wants about the Pevensies but he cannot make up anything he wants about the historical events of WWII. And once the events of WWII no longer figure in the story the fiction begins in earnest.

According to the rules, author Brown produces neither a genuine fiction nor an historical one, but a gross revision of real history which he masquerades as a fiction. And this is what draws the ire of secular critics, many of whom could care less about the defamation of Christianity. Author Brown must have realized that the gig was up for his “visibility” has decreased in proportion to the exposition of his errors.

But most movie goers and readers of pulp fiction pay little attention to critics. Studios and publishers know that the average consumer of their wares is driven by the satisfaction of curiosity or the desire for distraction and even more by an itch for scandal. And the bigger the person, the bigger the scandal, and the bigger the itch! And how much bigger can you get than the person upon whom all history centers?

We’ll leave that discussion for another time. Meanwhile, it is instructive to see that once confronted with both the historical impossibilities of the claims in The DVC and laughable reviews of the movie, the DVC crowd has shifted from the aforementioned euphoric condescension to a defensive “Why are you taking this so seriously? It’s only a fiction!”

This rhetorical realignment is reminiscent of what happened a few years ago when the pro-abortion crowd changed their tune from “abortion rights” to “a woman’s right to choose”. Overwhelming medical evidence necessitated the change. Pictures from inside the womb as well as those of what was left of an aborted fetus at the bottom of a medical bucket did not square with the purported “blob of tissue” that the pro-aborts would have us believe a fetus was. Lies are by nature chameleon in their ability to morph themselves into whatever language the perpetuation of the lie necessitates.

In any event our challenge now is not how to refute the errors of The DVC, but how to respond to the charge that we Catholics are taking this too seriously since “it’s only a fiction”. The real question, however, is not whether this or that is a fiction, but whether this or that has the power to influence. This is the primary concern. And anyone who believes that fiction is only entertainment and has no power to influence has no understanding of Hollywood where the manufacture of influence is a full time enterprise.

Perhaps history’s greatest lesson (I say “lesson” euphemistically since the term assumes something was learned) in the power of fiction to influence was the Third Reich. The fact that Hitler was a madman is no secret of history and the German intelligentsia of his time wrote him off as such. To them, he was a mad little cartoon, a freak, a “fiction”. It was in fact this label that allowed his unimpeded, mercurial, and ultimately catastrophic rise to power. No one was looking.

Hitler rivals Christ as the figure in history about whom the most books are written. Why? The one great question that arose from the ashes of 1945 was how could this have happened, and happened under our noses? How could a funny little caricature of a man with a looney tunes moustache almost take over the whole world? Authors, philosophers, psychologists, historians, etc. continue to be fascinated with the question.

There are many theories about what contributed to the making of an Adolf Hitler. History has had its share of powerful madmen, however, none who took a country from impoverishment and starvation to near world domination in just a decade. How did he do it? Consider this:

Hitler was a master of the stage because he was a product of it. He was a devotee of the composer Richard Wagner. Wagner’s grand music dramas elevated Germanic mythology to reality in the mind of Hitler. Eventually Hitler became the romantic center of an operatic myth of his own creation. He surrounded himself with Wagner’s music, demanded that his cohorts attend Wagnerian operas, and played Wagnerian overtures at his infamous rallies.

Hitler understood the intoxicating power of spectacle and myth and employed it to horrific ends. It mattered not that he envisioned a Germanic heritage that never existed. His subjects believed and followed the glorious drama lockstep to the tune of ten million dead and ultimately his own Gotterdammerung.

I can hear the critical guffaws over the stretch from Brown to Hitler. But I am sure that the intelligent reader will see the point: the far-reaching and potentially destructive power of myth (fiction). Don’t forget the number of Christians who suffered and died violently at the service of myth (the Roman gods). It mattered not that the Roman gods were fictions, Christian blood flowed nonetheless.

History and experience continually show us that what matters is not “what” is true, but “who” believes that it is. After all, do you really believe the 9/11 hijackers are resting on a cloud in the company of 70 virgins? … They did.

The further issue is not that fiction is bad. Of course it is not. But fiction that masquerades as truth is bad. What makes The DVC particularly culprit is that the “fiction” label is part of the masquerade. Nothing new here, Satan employs the same label. His greatest weapon is propagating the belief that he is not real. For further insight read C.S. Lewis’ The Screwtape Letters…or the Gospels for that matter.

To the dismay of some I will say that I harbor no ill-feeling toward Dan Brown, Doubleday, Tom Hanks, Ron Howard, Sony Pictures or anyone else associated with the promotion of this ill “fiction”. In fact we are in their debt. The Lord has allowed similar challenges to the faith throughout history in order to move, cleanse, and restore His people.

To our credit, the Catholic response to the threat of The DVC has been intelligent, well-crafted, and in terms of “seizing the teaching-moment”, something to be proud of. But the real question is not how wonderfully we responded but why we even had to. The fact that so many Catholics even wonder if the claims of The DVC might be true illustrates for us that the real problem is not the Code’s false and “novel” claims but the lack of authentic Catholic teaching.
Posted by Tim Rohr at Tuesday, June 27, 2006