Y I am Catholic - Part 3: the Roman accounts 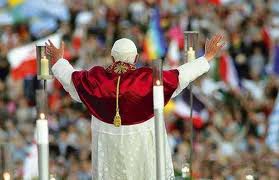 Christians of course base their belief in the historical existence of Christ on the authority of the Bible and the teachings handed down to them through Christian institutions. But using Christian sources to prove Christian sources is a circular exercise and at some point, for the skeptic, there must be extra-Christian evidence.

The most credible extra-Christian accounts of historical Christianity and its founding can be found in the writings of their Roman detractors - precisely because they were detractors, and had no interest in promoting or preserving what they considered a pesky cult. There are many such accounts. We will examine two here.

The Roman historian, Tacitus, records in his Annals: “Nero fastened the guilt . . . on a class hated for their abominations, called Christians by the populace. Christus, from whom the name had its origin, suffered the extreme penalty during the reign of Tiberius at the hands of . . . Pontius Pilatus, and a most mischievous superstition, thus checked for the moment, again broke out not only in Judaea, the first source of the evil, but even in Rome...”

Tacitus, here, gives us an account of the central act of Christianity: "Christus suffered the extreme penalty...at the hands of...Pontius Pilate”. The “extreme penalty”, of course, crucifixion. And even the resurrection is referenced. Tacitus calls it “a most mischievous superstition” that was “thus checked for the moment”, but again “broke out” and has made its way from Judea to Rome.

Another important early reference comes from a Roman governor in Asia Minor named Pliny the Younger. Writing to the Emperor Trajan, Pliny inquires as to how to deal with a great multitude in his province that stood “accused of Christianity”, and in so doing, tells us much about who the Christians are:

“They were in the habit of meeting on a certain fixed day before it was light, when they sang in alternate verses a hymn to Christ, as to a god, and bound themselves by a solemn oath, not to any wicked deeds, but never to commit any fraud, theft or adultery, never to falsify their word, nor deny a trust when they should be called upon to deliver it up; after which it was their custom to separate, and then reassemble to partake of food--but food of an ordinary and innocent kind.”

There is much here. First we see that Christians gathered on a "fixed day", which corroborates Acts 20:7 (“On the first day of the week we gathered...”) The fact that they sang a hymn to Christ tells us that Christians worshiped Christ as God and did not just revere him. And the binding of themselves by a solemn oath, swearing not to engage in a list of misdeeds, tells us that belief in Christ necessitated a change in moral behavior.

There is also an account here of the Eucharist - which is especially interesting for its reference to “food of an ordinary and innocent kind.” This is noted because Christians were ignorantly thought to practice cannibalism. Pliny makes the case to the Emperor that this is not so. And of course to the observer, what is consumed at the Christian Eucharist, does appear to be “food of an ordinary...kind”.

The whole entry is a bit amusing because, as noted, Pliny’s letter is a perplexed inquiry to Trajan as to what to do with these people who are living exemplary moral lives, but stand “accused”. If they had been criminals there would have been no need to contact the Emperor for advice. And because of the Roman tolerance for worship of gods of every stripe, the particular worship of the Christians was not a criminal act. So Pliny appears to be in a knot. (Their crime of course is that they refused to also worship the Roman gods.)

One other observation. We know from Acts 20:7 that Christians understood Sunday (“the first day of the week”) to be the appropriate day for worship. But here we also see a reference to the time of day: “before it was light”. It is curious that in our Vatican II inspired desire to “return to the sources” and to resurrect all things ancient (it was called “ressourcement” at the Council), the ancient practice of meeting and worshipping “before it was light” has not been as enthusiastically embraced as were other reforms.