The Wall of Separation 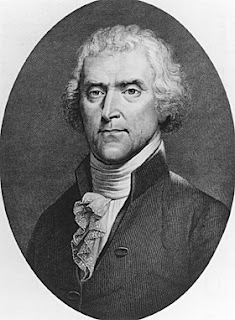 In a previous column, we noted the three most common arguments used by those who prefer to use a selective morality to absolve themselves from taking a public stand on sticky issues such as abortion and same-sex marriage:
1) the “separation of church and state”,
2) “We have no right to impose our religious beliefs”, and
3) “If you don’t want (fill in the blank) then don’t” (e.g. “if you don’t want an abortion don’t have one”).
Working backwards, we have already discussed the 2 and 3 in previous columns, so this week we will examine the concept of the “separation of church and state”.
***

If you have been following the local versions of the debates over abortion and the legalization of same-sex unions, you are familiar with shouts for the Church to “stay out of politics”.
There are many good reasons for the Church to insert its authority into public affairs, not the least of which is the salvation of souls, ALL souls. But for our present purposes, we will address the relationship between church and state from a secular and legal perspective.

The phrase “separation of church and state” does not appear in the U.S. Constitution as many suppose. The First Amendment simply reads: “Congress shall make no law respecting an establishment of religion, or prohibiting the free exercise thereof ...."
The intent of the Founders was NOT to keep religion out of government but to keep government out of religion. Had it been the other way around, our founding documents and institutions would not have been so imbued with religious references (e.g. All 50 states reference “God” in their state constitutions.)

The phrase makes its first major appearance almost a century after the U.S. Constitution was penned in a case involving the Mormon Church: Reynolds v. The United States (1892).
Reynolds, a Mormon, who, in accordance with the doctrine of his religion, had two wives. Polygamy had been outlawed thirty years earlier, so Reynolds brought his case for multiple wives to the Supreme Court.

It appears that the Court was subject to some consternation because it first made a strange appeal to English law, and then, perhaps sensing the weak linkage, settled on the fact that the word “religion” was not defined in the Constitution and a definition would therefore have to be provided.

After some digging, the Court unearthed a letter written by Thomas Jefferson to a Baptist church wherein he referred to “a wall of separation of church and state”, a phrase which was not his own, but an echo of similar words penned in 1644 by the founder of that same church, Roger Williams.

The Court, seemingly anxious to put the Mormon, Reynolds, in jail, latched on to another part of the letter wherein Jefferson had opined that though government could not tell citizens what to think about their religion, it could tell them what they could or could not do when religious actions were judged to be “subversive of good order.”

The Court adjudged that polygamy was “subversive of good order”, and deduced that since Jefferson had written both the First Amendment and the obscure letter to said "Baptists," Jefferson’s note was thus a clarification of the First Amendment. In other words, the Court, in effect, said, “because Jefferson said so!”

Curiously, the “evidence” found by the Court in Jefferson’s letter did not provide a definition for “religion” as the Court had sought, but, provided a basis, after some judicial contortions, for a redefinition of the words “free exercise thereof...” since it essentially declared that while the state could not regulate religious belief, it could in fact regulate the “exercise thereof...” if that exercise was adjudged to be “subversive”.

What made things even stranger was that while the case gave rise to the concept of “separation of church and state”, the Court itself appealed - through a reference to a previous case (Holy Trinity Church v. U.S., 1892) - to the Christian basis of “common law” and in so many words, condemns polygamy upon the basis that the United States is a Christian nation:

“No free government now exists in the world unless where Christianity is acknowledged and is the religion of the country . . . . Christianity is part of the common law . . . . Its foundations are broad and strong and deep . . . . It is the purest system of morality . . . and only stable support of all human laws”. (Updegraph v. The Commonwealth, 1824 - as referenced in the Holy Trinity case.)

The debate over the relationship between church and state came to a head in 1947 in Everson v. Board of Education wherein the words “the wall of separation of church and state” were further invoked and cemented into the legal lexicon.
The Everson decision paved the path for the disestablishment of all things religious in the public sphere, and the “separation” phrase has henceforth served as a battering ram to beat down moral opinions of every sort, but particularly those involving sexual mores.

It’s a fascinating history of a jerky sort of connect-the-dots from an obscure phrase used by a Baptist minister in 1644 to its current contrived legitimacy wherein it serves as a platform to shout down those who would dare challenge the legal rush to embrace state-sanctioned sexual freedoms.
However, there is still no constitutional basis to deny a public hearing of religious opinion in matters of state. In fact, the very next phrase in the First Amendment (freedom of speech) guarantees that right for everyone, including (members of) the Church, to speak freely in the public square on any matter.

Universally, the Church has the right and the authority to speak to all issues of human consequence. In the United States, it has the additional protection of the First Amendment and cannot be legally silenced.
Elected officials who hide from tough moral positions behind the “wall of separation” either do not understand the Constitution they are elected to uphold or simply find the shadow of “the wall” a convenient place to cower.
Sadly, (or predictably) they often have the company of many Christians.
Posted by Tim Rohr at Saturday, July 09, 2011