Dear Mr. President,
In a recent speech in Cedar Rapids, Iowa, you said the following:

"If you're willing to put in the work, the idea is that you should be able to raise a family and own a home; not go bankrupt because you got sick, because you've got some health insurance that helps you deal with those difficult times; that you can send your kids to college; that you can put some money away for retirement. That's all most people want. Folks don't have unrealistic ambitions. They do believe that if they work hard they should be able to achieve that small measure of an American Dream."

Mr. President, if I may, I would respectfully differ with your vision about “most people”. You see, Mr. President,  my wife and I DO have "unrealistic ambitions" for our family. We are NOT willing to settle for some "small measure of the American Dream". We want the FULL MEASURE of the American Dream for our family. This is why we do what many others are not willing to do. This is why we force ourselves to do what we don't feel like doing. We believe that America was built by people like us who wanted more for themselves and their families, people who had NO interest in some “small measure of the American Dream”, as you say.

Mr. President, my wife and I began our marriage in a pickup truck and a tent living in a Florida campground. We know what its like to be down to our last $2.00. We didn't turn to you, to the government. We turned to each other and to ourselves, and to God, and to the belief that if we "put in the work", as you say, that with God's grace, we could have more, be more, that "hope and change" which you promised everybody was ours if we were not willing to settle, if we were willing to persevere, if we were willing to do more.

No, Mr. President, we are not going to settle. We want our family to be able to go on vacations to places like Hawaii, Spain, France, Martha's Vinyard and Aspen...AS YOURS DOES. Except Mr. President, we won’t be asking the taxpayers to pay for our trips. We will pay for our own as just about every other American has to do.

Mr. President, I do not want my children to know about the limited vision you have for their futures. Their vision is unlimited. Their belief in themselves and their abilities is unlimited. They know that they were created "that they might have life and have it to the full." Stay away from my children, Mr. President. And stay away from their dreams. They are destined for greatness, not for one of your programs.

No, Mr. President, that's NOT "all most people want", not your vision of a little family with just enough to get by and retire. And if it is, THEN MY FAMILY AND I ARE NOT "MOST PEOPLE". And we don't believe that your idea of "most people" is the real "most people". We believe that "most people" want what we want: a better life, a great life, an unlimited life, a beautiful life for our families. And we believe that they and we will find a way if you just get out of it!
Respectfully,
Timothy J. Rohr and Family 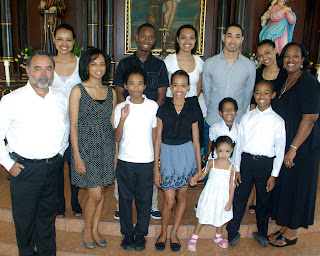