COVID-19: THE VATICAN VS "ONTIC EVIL" - AND SICKNESS & DEATH ARE PREMORAL EVILS 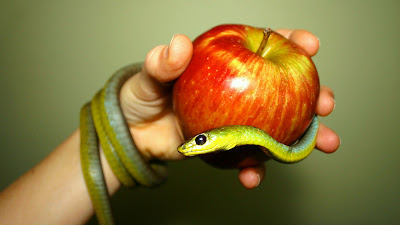 This is mostly due to ever changing medical technologies which enable us to progressively address those things which normally shortened human life, i.e. diseases, bacteria, viruses, injuries, etc.

The 2019-2020 Covid thing has thrust medical technology to the fore as few things have in human - and Church - history.

The Vatican is now telling us it is okay to get vaccinated with something that may or may not have been associated in one way or another with a cell line of which the origin is child aborted a half a century ago. (See here for more.)

With the "Vatican" seemingly all over the place on everything these days from the death penalty to same-sex unions, no one can blame us Catholics in the Pews if wonder WHAT'S UP?

There is little help on this issue from our usually trusted sources: from pastors to the pope.

And to confuse matters, we cannot be certain if there really is a pandemic or if there is a conspiracy to get rid of Trump via mail-in voting.

Following is an article co-authored by a trusted Catholic Moral Theologian, William May. I have broken it down into numbered sentences so it will be easier to read. I believe the article will help us better understand Catholic moral teaching especially during this confusing time.

Authored By: Lawler, Boyle & May

25. See Richard A. McCormick, (New York: Doubleday, 1981), p. 5; here, McCormick makes clear that he accepts a nuanced account of the human good like the one set out in Part II of this chapter.

26. See Lisa Sowle Cahill, "Contemporary Challenges to Exceptionless Moral Norms," in (St. Louis: The Pope John Center, 1984), pp. 121-135, for a clear, recent statement of the restrictions on the use of the proportionalist method by one who is sympathetic to it.

29. For a recent magisterial statement on moral absolutes, see Sacred Congregation for the Clergy, (April 11, 1971), no. 63. The importance of moral absolutes for Christian morality is apparent to its opponents; see, for example, the influential article of Jonathan Bennett, "Whatever the Consequences," , 26 (1966), 83- 102.

30. Arguments for dissent from authoritative Church teaching are characteristic of the proportionalist movement. These arguments-involving more than appeals to the method of proportionalism-also involve views on conscience, authority, and ecclesiology. These matters will be discussed in detail in Chapter 5 of this book.

33. For a critique of Janssens' interpretation of Aquinas, see William E. May, "Aquinas and Janssens on the Moral Meaning of Human Acts," , 48 (1984), 566-606. For attempts to find proportionalism in past Catholic thought, particularly in the just-war theory, see O'Connell, , p. 153. 33. This argument has been developed extensively by Germain Grisez in a number of his works; for a recent summary of the argument along with relevant references to earlier analyses, see his , ch. 6, q. F; see also Finnis, , p. 115.

36. Richard A. McCormick, "A Commentary on the Commentaries," in , ed. Richard McCormick and Paul Ramsey (Chicago: Loyola University Press, 1978), p. 277. This volume contains McCormick's , already referred to above, along with responses by several moralists, including an important, critical essay by Paul Ramsey and McCormick's responses to the essays.

37. See Grisez, , ch. 6, q. E, for an account of various meanings of "greater good" compatible with common sense and the Catholic moral tradition. . See ibid., ch. 6, q. D, for a development of this rejoinder.

39. See Williams, , pp. 104- 105: ".... A utilitarian is always justified in doing the least bad thing which is necessary to prevent the worst thing that would otherwise happen in the circumstances (including of course, the worst thing that someone else may do)-and what he is thus justified in doing may often be something which, taken in itself, is fairly nasty. The preemptive act is built into utilitarian conceptions, and certain notions of negative responsibility (that you are as responsible for what you fail to prevent, as much as for what you do) are by the same token characteristic of it. This being so, it is empirically probable that an escalation of preemptive activity may be expected: and the total consequences of this, by utilitarian standards themselves, will be worse than if it had never started."

40. This statement of the first moral principle is adapted from Grisez, , ch. 7, q. F; for a different formulation, compatible with the one stated here, see Karol Wojtyla (John Paul II), , tr. H.T. Willetts (New York: Farrar, Straus, and Giroux, 1981), p. 41; Wojtyla calls the basic principle "the personalistic norm" and explicates its meaning by contrasting it with utilitarianism and relating it to the love commandments. "The norm, in its negative aspect, states that the person is the kind of good that does not admit of use and cannot be treated as an object of use and as such the means to an end. In its positive form the personalistic norm confirms this: the person is a good towards which the only proper and adequate attitude is love. The positive content of the personalistic norm is precisely what the commandment to love teaches."

41. See , I-II, q. 18, a. 4, ad 2; this principle was adopted by later moral theologians and stated in the following pithy formula, which is almost impossible to render meaningfully in a literal translation: "Bonum ex integra causa; malum ex quocumque defectu."